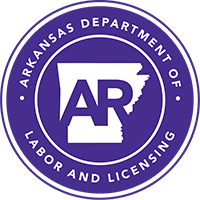 Daryl E. Bassett is the former Director of the Arkansas Department of Workforce Services. He previously served as Director of Business and Commercial Services for the Arkansas Secretary of State. Prior to that service, he was a Commissioner with the Arkansas Public Service Commission for nine years and Chief Economic Development Advisor to former Governor Mike Huckabee.

He is a past President of the Southeastern Association of Regulatory Utility Commissioners (SEARUC). He has also served as Chairman of the Federal Communications Commission (FCC) Diversity Committee and was a member of the Financial Research Institute for Columbia College of Business Board of Directors at the University of Missouri, Columbia.

Prior to his service in state government, he worked in International and Domestic securities as an Investment Banker with Merrill Lynch. Bassett also currently serves on a number of national Boards of Directors, as well as, civic organizations in Arkansas.

Steven Guntharp began his career in Washington D.C. serving as United States Congressman Jay Dickey’s legislative assistant on Agriculture, Transportation, and Veterans’ Affairs’ issues.  After moving back home to Arkansas, Mr. Guntharp served in Governor Mike Huckabee’s administration as Director of Boards and Commissions where he advised the governor on appointments to over 350 state boards.  He left public service for a position with Nestle-Purina where he managed a territory comprised of eight states in the southern district along with providing categorical analysis for the NPP Walmart Team.  He returned to state government in 2015, first serving as an Assistant Director then later promoted to Chief Deputy Director for the Arkansas Department of Workforce Services.  In 2019, newly appointed Secretary Daryl Bassett named Mr. Guntharp as Chief of Staff for the Department of Labor and Licensing.

Anita Chance grew up in Conway, graduating from Conway High School in 1989.

She began her career working for Edge Consulting, a division of Acxiom in May 1991 and then transitioned to the Arkansas Secretary of State’s office in January of 1996.  In 2003 Mrs. Chance was promoted to Production Manager of the Business  and Commercial Services Division where she served until January of 2015 when she accepted the position as Executive Assistant to the Director for the Arkansas Department of Workforce Services.  In 2019, Secretary Daryl Bassett named Mrs. Chance as his Executive Assistant for the Department of Labor and Licensing which consists of 21 independent state boards and commissions and serves on the executive leadership team.

Dan became the Department’s Chief Legal Counsel in July of 2022. He has a great deal of legislative and state government experience, having worked as counsel for the Bureau of Legislative Research from 2003-2015; the Secretary of State from 2021-2022; the Public Service Commission from 2015-2020; the Department of Finance and Administration from 2020-2021; and the Arkansas Development Finance Authority from 1994-1995. His legal career began as a law clerk for the Arkansas Attorney General from 1984-1985 and the United States Attorney for the Eastern District of Arkansas from 1985-1986, and includes fourteen years of private practice with the Eichenbaum Law Firm from 1987-1994 and Wilson & Associates from 1996-2003.

He is married and a graduate of the University of Central Arkansas, Conway, Arkansas, and Faulkner County Leadership Institute, and ADWS Leadership Development III.  He has attained his status as both a Certified Government Financial Manager (CGFM) and a Certified Public Manager (CPM). He is Past-President of the Central Arkansas Chapter – Association of Government Accountants.

Jocelyn is a native Arkansan, born and raised in Pine Bluff.  She and her husband Daniel have been married for ten years and they reside just outside of Pine Bluff with their fur babies.  Jocelyn attended college at Henderson State University in Arkadelphia, earning her bachelor’s degree in Business Administration.  Jocelyn began her career with the State of Arkansas in 2001, when she was employed with the AR Department of Correction.  She has over 20 years of service with the State of Arkansas working in various Human Resources positions. She served ADC in various HR positions for over 14 years and worked for the AR Department of Human Services as the HR Administrator for the Division of Youth Services, and at Southeast AR College as the HR Director.  The Potter’s love to fish, travel and spend time with family.

Patricia started working for Arkansas Fire Protection Licensing Board in 2012 as an Administrative Assistant.

She dedicates her life to her family, which consist of 2 children and 5 grandchildren.

Director Board of Barber Examiners

Director of Towing and Recovery Board

A U.S. Navy veteran, Ralph has a BS in Organizational Management from John Brown University and is a certified Paralegal.  His public service background includes holding elected office as a JP in Washington County, serving as District Director for Governor Hutchinson who was then serving as the U.S. Congressman for the 3rd District of Arkansas, Deputy Director of Labor, and as Director of Labor in Arkansas where he manages day-to-day operations of the division.  Leading people and solving organizational problems are areas of emphasis in his professional career.

He has been married to the former Melva Gardner from Springdale for over 40 years.  Melva is a paralegal for Arvest Mortgage and they have 3 children:  Matthew of Indian Land, SC, David of Little Rock, AR, and Lorén of Springdale, AR.  They have 8 grandchildren.

Jimmy has been with the Board since August of 2010 and is from Malvern, Arkansas.  He now lives in Little Rock. Jimmy is an avid Arkansas Razorbacks fan. Contact Jimmy if you have questions about anything Board related. Jimmy can be reached easily via phone or e-mail.

Director Appraiser Board of Licensing and Certification

Director State Board of Collection Agencies

Prior to his joining the AWCC, Mr. Greenbaum worked as an Assistant Attorney General for the State of Arkansas, his primary work at the Attorney Generals office was in the Administrative Field representing numerous State regulatory and licensing boards and commissions.